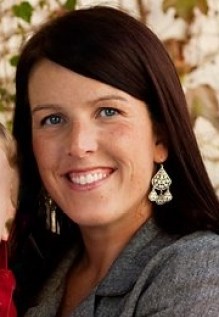 Kelly began CrossFit after the birth of their second child.  Growing up an athlete, she longed for a new fitness regimen that would replicate the intensity of conditioning required for high school sports like soccer and basketball. Though she trained for and participated in several triathlons, adventure races and a marathon as an adult, she felt it was difficult to get the same workout on a treadmill or trail run as she could when pushed by a coach.  Globo-gym classes and boot-camp wasn’t quite doing it, so once CrossFit came into her world, she fell hard.

As a pediatric speech-language pathologist by day, Kelly puts high value on two of CrossFit’s key tenets – being “functional” (that is, related to movements you would do in your daily life) and “evidence-based” (or validated and supported by research.)  She quickly noticed how carrying two kids up the stairs wasn’t so tiring, how running for fun was enjoyable again (and easier) and she enjoyed being able to see and track her progress from day one.

The other huge draw of CrossFit was the camaraderie, and one of Kelly’s most favorite parts of training is encouraging fellow CrossFitters, rookies and veterans alike.  You will likely find her at the gym welcoming you, cheering you on, and making sure the music is good.